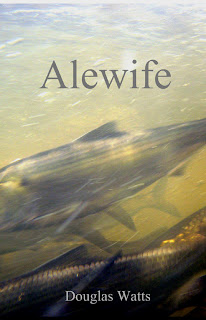 
"Alewife" is a personal, biological and historical account of the alewife (Alosa pseudoharengus), one of the (formerly) most abundant sea-run fish of the U.S. Atlantic seaboard. It is the only full-length treatment of the natural and cultural history of this keystone wildlife species ever written.

"Alewife" tells the story of a fish, the alewife, once ubiquitous to the eastern U.S., which is almost gone due to wholly human causes; and a never-been-told 400 year history of many long forgotten people who labored mightily to bring the alewife back. It tells the story of the fish through its own eyes and life, apart from what it 'can do' for us. It depicts a place where cultural, natural, political and legal forces wildly collide. It's about the fight for, against, and over a dimunitive but once extremely abundant fish that still continues today in state and federal court rooms across the states of the eastern seaboard. It is about what nature in our backyards meant to us in the past, what it means today and what it might mean to us 10, 20 or 50 years from now. It's a story about a lot of disparate people over 400 years and how nature and culture provoked them for good, bad and indifferent. It's not nearly complete, there are many stories still untold, but gives a flavor for the battlefield, the stakes to be lost and gained and hints to where the tipping points have been and still are. It's a hybrid, with all the advantages and disadvantages an unorthodox approach entails. Bridging gaps might be its central theme. I wrote this for an adventurous reader who is not afraid to skip a chapter and then come back to it later. It is intentionally kaleidoscopic; a multi-levelled story. The essays owe much to the series of young adult books, "Tell Me Why," by Arkady Leokum.

The book is in two sections. One section is selected verbatim public domain record excerpts describing the species and its use and abuse by humans in New England from the 1600s to present. Most of these documents were written in quill pen, discovered and hand copied by the author, and have never seen the light of day before. The second section tells, in a personal essay style, the story of the alewife, based mostly on recent efforts in New England to protect and save them.

The book began several years ago as the historic texts with a short introduction and was originally intended for dissemination to fisheries scientists, environmental regulators and river conservationists as a technical, factual resource. At the instigation of a fellow writer, Kerry Hardy (who wrote the foreword), I loosened up to tell in a first-person voice my many encounters with these critters in the waters of New England since childhood and the obstacles one encounters trying to help them not go extinct. It's a tough racket. These personal stories echo back to the historical texts, which detail how people 50, 100, 200 years ago tried to do the same thing and encountered nearly identical obstacles, albeit time-shifted by a century or three.

The tone and weight of the text is balanced to make it accessible to an informed and inquisitive lay audience and to a professional scientific audience; and above all, to be fully scientifically sourced. My brother and I's personal travails trying to help alewives survive are deliberately told in a 'camp-fire' fashion and with the level of humor and absurdity the details deserve. 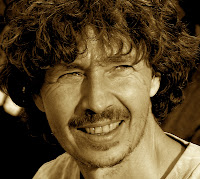 This book is a collaboration of three writers who formed a family, which is how we all became the Brady Bunch, without girls. Doug Watts wrote most of it. Tim Watts wrote the good parts. Our dad, Allan Watts, wrote the poems. Our mom, Karen Foster, put up with three males who reeked of Woodsman's Lore insect repellent and clam flats mud. Doug went to UMaine-Orono. Tim went to the U.S. Marine Corps. Allan went to the Univ. of  Mass. None of this varied educational experience prepared us in any way for our contributions to this book about alewives because we didn't write it. They wrote us into their book. We are like robot-parasite-zombies of alewives, mindlessly obeying their every insane command.
Posted by Douglas Watts at 12:12 PM No comments:

Song for the Penobscot 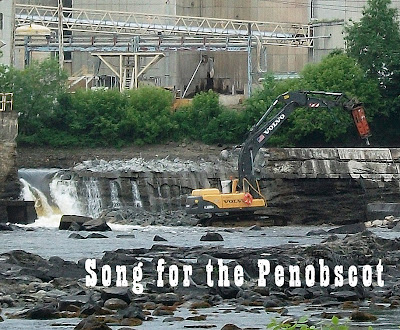 The now happening restoration of the Penobscot River is not just an historic event in our lifetime, but is told in the millenial-old origin stories of the Penobscot Indian Nation, namely the story of Glooskap and the Frog.

So it seemed fitting that this event could use a song, which you can listen to here.

The photo above was taken the week of June 18 by Steve Shepard of the U.S. Fish & Wildlife Service in Orono, Maine. It shows the excavators using hydraulic jack hammers to remove the concrete crest of the Great Works Dam on the Penobscot River in Old Town and Bradley, Maine. It will take all summer to remove the concrete and timber cribs at Great Works and bring the river back down to its natural ledges. Next summer, work will begin to remove the Veazie Dam at the Penobscot's head of tide at Eddington Bend, about 8 miles below Great Works.

While I would like to proudly claim "Song for the Penobscot" was written especially for removing the Great Works Dam, that is not exactly true. The basic elements were written in 1992 with additions in 2004. I found the files in my hard drive the other day while looking for something else and finally completed the song.

The other night it struck me the brisket of the song follows closely the story of Glooskap and the Frog. This was the song meant to celebrate the release and restoration of the Penobscot River -- I just didn't know it in 1992 or 2004.

Now the Penobscot Restoration is happening for real. It is no myth. The Frog who sat in the river, keeping it all for himself, is being vanquished every day, bit by bit, with every bop and bap of those six inch wide hydraulic jack hammers which make such a sweet sound.

All thanks and praise to Don Shields and Arthur Taylor. They made this happen.

Posted by Douglas Watts at 9:46 AM No comments: 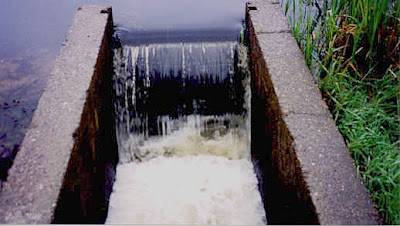 This 24 inch high set of wooden flashboards is all that is keeping native alewives from reaching and spawning in West Meadows Pond in the West Bridgewater State Forest in West Bridgewater, Mass.

Our recent letter to Commissioner of Mass. Dept. of Conservation seeking a solution.
Posted by Douglas Watts at 1:41 PM No comments: 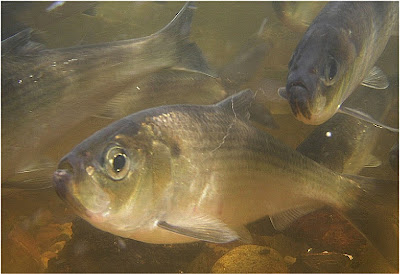 From the Bangor Daily News.
Posted by Douglas Watts at 6:07 PM No comments:

This year, the first year in which SAPPI (South African Pulp & Paper) has operated under their new Maine water quality certification, SAPPI has already violated it by allowing Sebago Lake to go one foot over its maximum allowable height, to nearly 267.5 feet mean sea level (msl) from June 6 to present. The maximum allowed level is 266.65 msl.

Posted by Douglas Watts at 10:49 AM No comments:

Great Works Dam to Get Popped on June 11 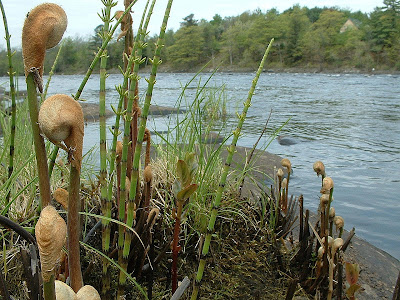 Festivities !!!
Posted by Douglas Watts at 3:44 PM No comments: 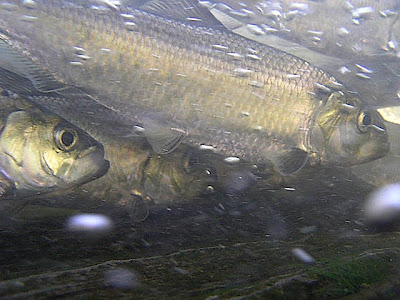 A run by people up the course of the Schoodic on June 9 and 10 to replace the native alewives who are not allowed to run up the Schoodic (St. Croix) in eastern Maine and Canada alongside them due to an illegal State of Maine law.

Press Release by Passamaquoddy Tribe.
Posted by Douglas Watts at 10:38 AM No comments: